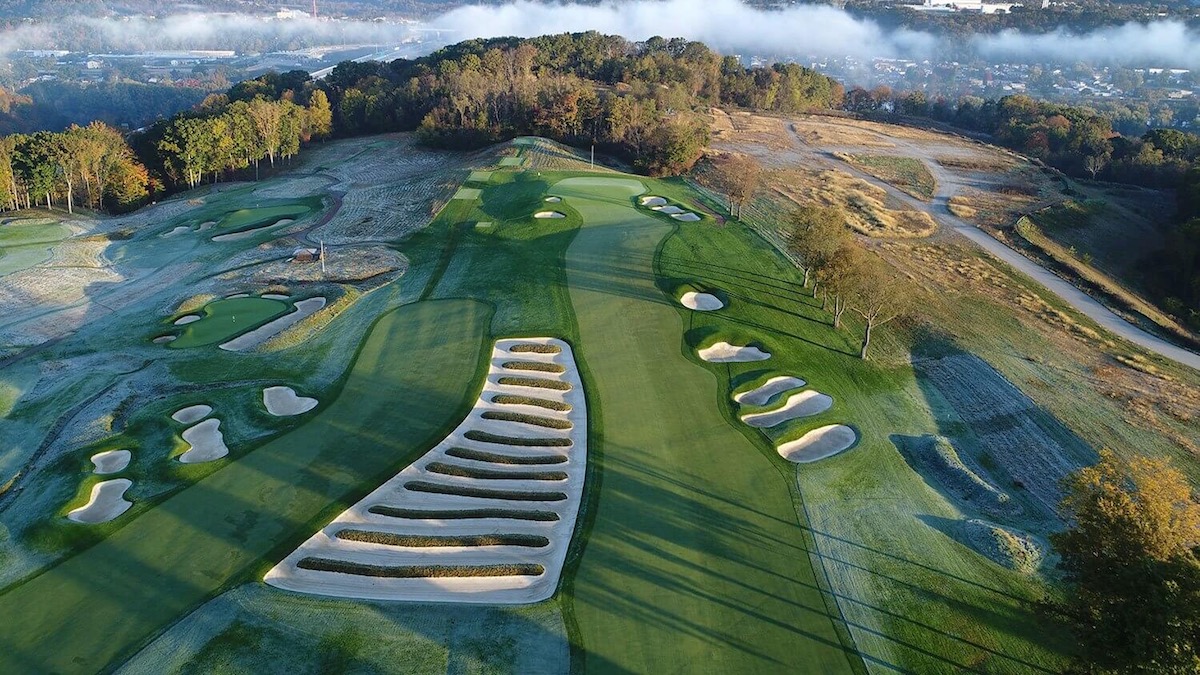 Before I start, let me explain What a Bunker is.

According to the Royal & Ancient Golf Club of St Andrews who write the rules, Bunkers are:

specially prepared areas intended to test the player’s ability to play a ball from the sand.

Here is a list of some of the most famous Bunkers in the world.

Situated in front of the 17th hole on the Old Course in St Andrews. The Road Hole bunker is one of the scariest in Golf. In the year 2000 David Duval had a shot of winning The Open until his ball found this bunker. He needed 4 shots just to get out of it. Needless to say, he didn’t win The Open that year.

Found on the right of the 4th hole at Royal St Georges Golf Club. This bunker is 60ft x 100ft and is roughly 140ft high, only 10ft shorter than the Statue of Liberty. It sits 200 yards off the tee and dominates your mind. A real monster of a bunker.

Located in between the 3rd & 4th holes at Oakmont Country Club. This monster is over 100 yards long with 8 narrow, grassy banks that look like church pews, hense the name. It catches any wayward drive to the left of the fairway.

This is a bunker that catches stray balls left of the green by the 8th hole at Royal Troon. Recently made famous by Mr McIlroy who needed 6 shots to escape it. Have you ever seen this horrible hazard?

Where else would you find a bunker described as The Devils’ Asshole but on one of the hardest courses in the world.
A great name for a bunker that lies by the 16th hole at Pine Valley. I don’t care where this is or why it is famous. I just really love the name of it. The only possible escape from this one is backwards. A true golf course obstacle thanks to Bobby Jones.

The Bunker in the Green

In the middle of the putting surface is where you will find this one at the 6th Green at Riviera Country Club. George Thomas, the architect, decided that this would be a fun idea. The hole is already 199 yards long and from that range, nobody can be that accurate, can they? I would love to play this course and see it for myself.

The 7th hole at Hunstanton Golf Club is well guarded by this massive bunker in front of the green. This is one hole where you would rather miss long than short. The bunker face is lined with old wooden sleepers which really makes it stand out whilst you are deciding which club to take. Talk about mind games on the tee.

What do you think of Golfs’ most famous Bunkers? Have I missed something out?