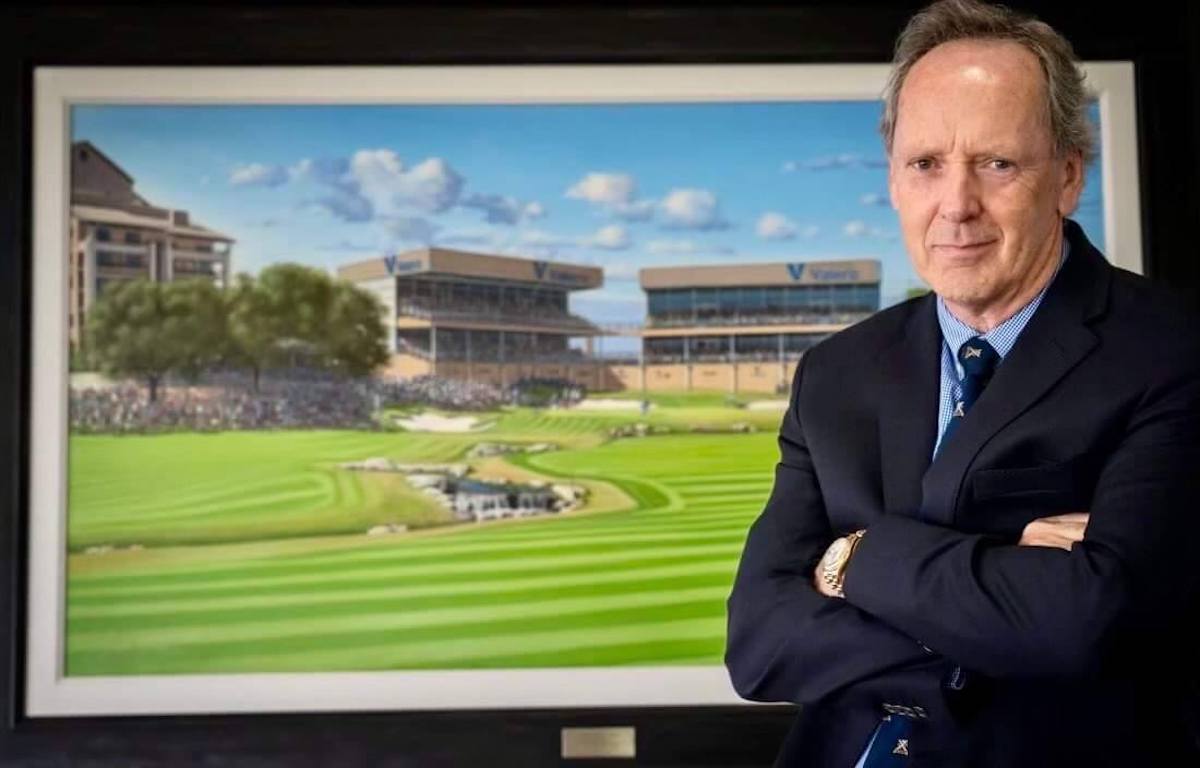 Graeme Baxter – Golf Artist is a short golf blog post that takes a look at the world’s best golf artist.

He may be well known as the best golf artist in the world, but who is Graeme Baxter?

Born in Scotland in 1958, Graeme was brought up in Bishopbriggs in Glasgow. He found his natural talent, as an artist, at an early age. He studied at the Glasgow School of Art before working for several years as a fine art dealer.
His father was a golfer which helped develop his love for the game. Graeme played his golf at Gleneagles and would often caddy for his father and very soon he began to combine his two loves. When visiting St Andrews, for the first time, he had a sudden urge to paint the 17th hole.
The painting was shown to Sir Michael Bonallack who thought it was the best painting that he had ever seen. After receiving such feedback, Graeme decided to continue to develop his golf-orientated art career. It was a choice he would never regret.

It wasn’t long before he began gathering momentum in the world of golf. Graeme has since worked and met with every legend of the game including Arnold Palmer, Jack Niklaus, Gary Player and Christy O’Connor. His art is collected by many famous people including Ray Floyd, Padraig Harrington and David Leadbetter. He has become the Official Artist of some of the world’s most important tournaments including The Ryder Cup, The Open Championship, The Presidents Cup, The Solheim Cup, The Kraft Nabisco Championship and the ANA Inspiration.
He also works closely with the European Tour (DP World Tour) and the PGA Tour.

Graeme considers himself very fortunate and has once said in an interview, “My goal is to record golf history through my paintings” he also said, “I like to be accurate but not photographically accurate: I am striving to find the heart of a golf course, grasp the many details and colours, and capture its key characteristics and natural feel” 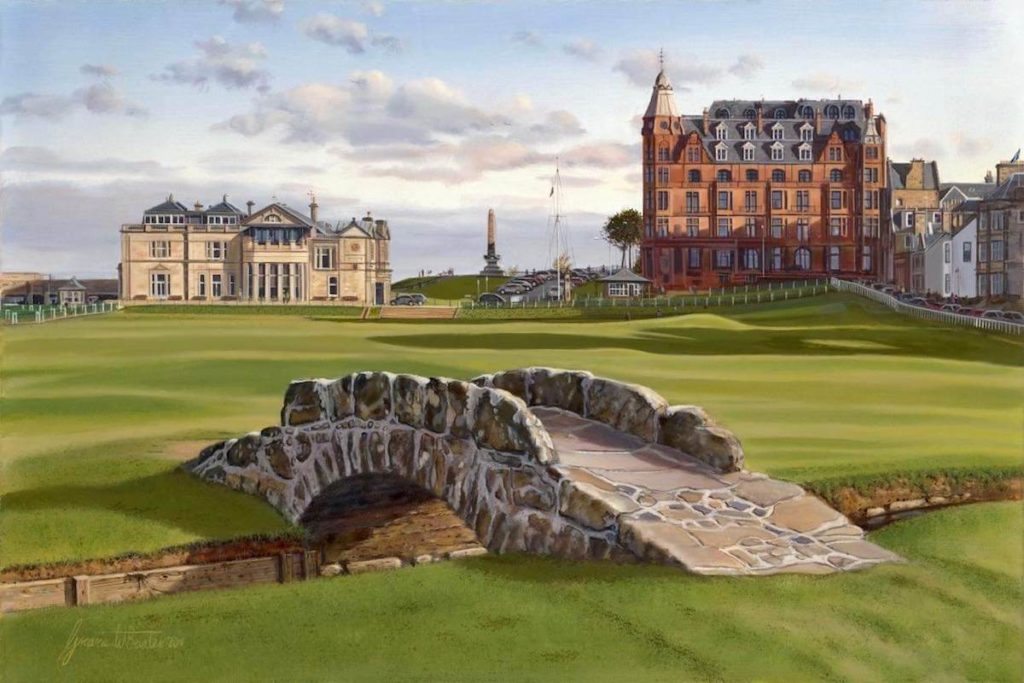 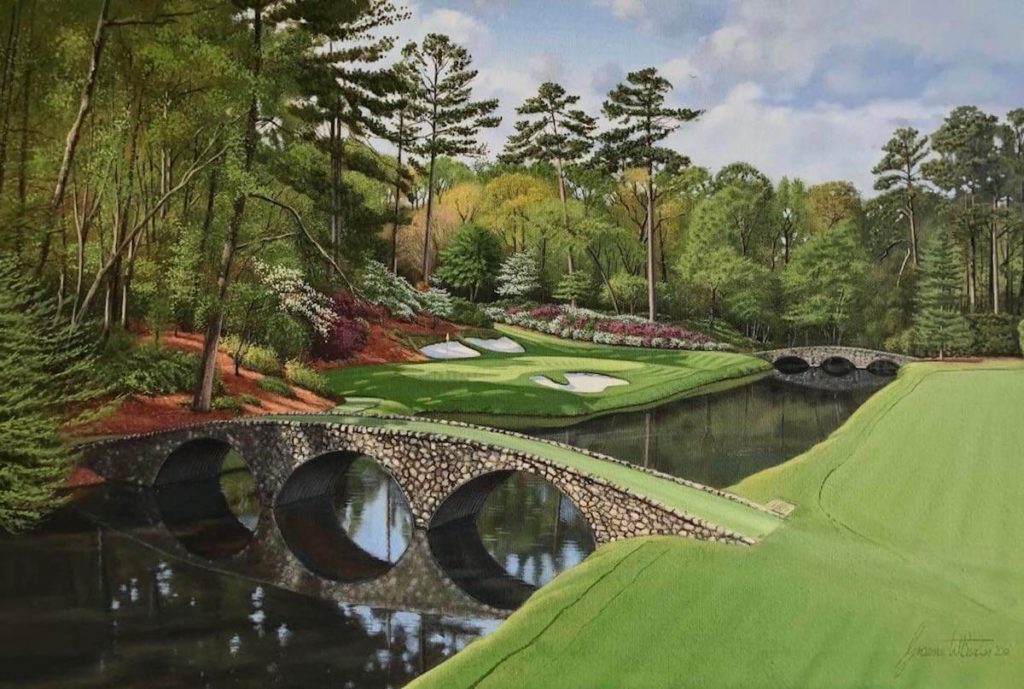 Where can I find Graeme’s work?

You don’t have to be a lover of Art to appreciate Graeme’s expertise. He has created some of the most iconic paintings in the world of golf. His stunning works hang in most clubhouses, museums, hotels, shops and even cafes around the world.
Clubhouses including The Royal & Ancient Golf Club, The New Clubhouse (St Andrews), Augusta National, Pebble Beach, Dubai and Mission Hills all have his work hanging up.

I personally don’t know very much about the world of Art, but I know what I like and even I have four amazing prints, from Graeme, hanging on my own walls. My dream would be to have an original painting hanging on my wall. 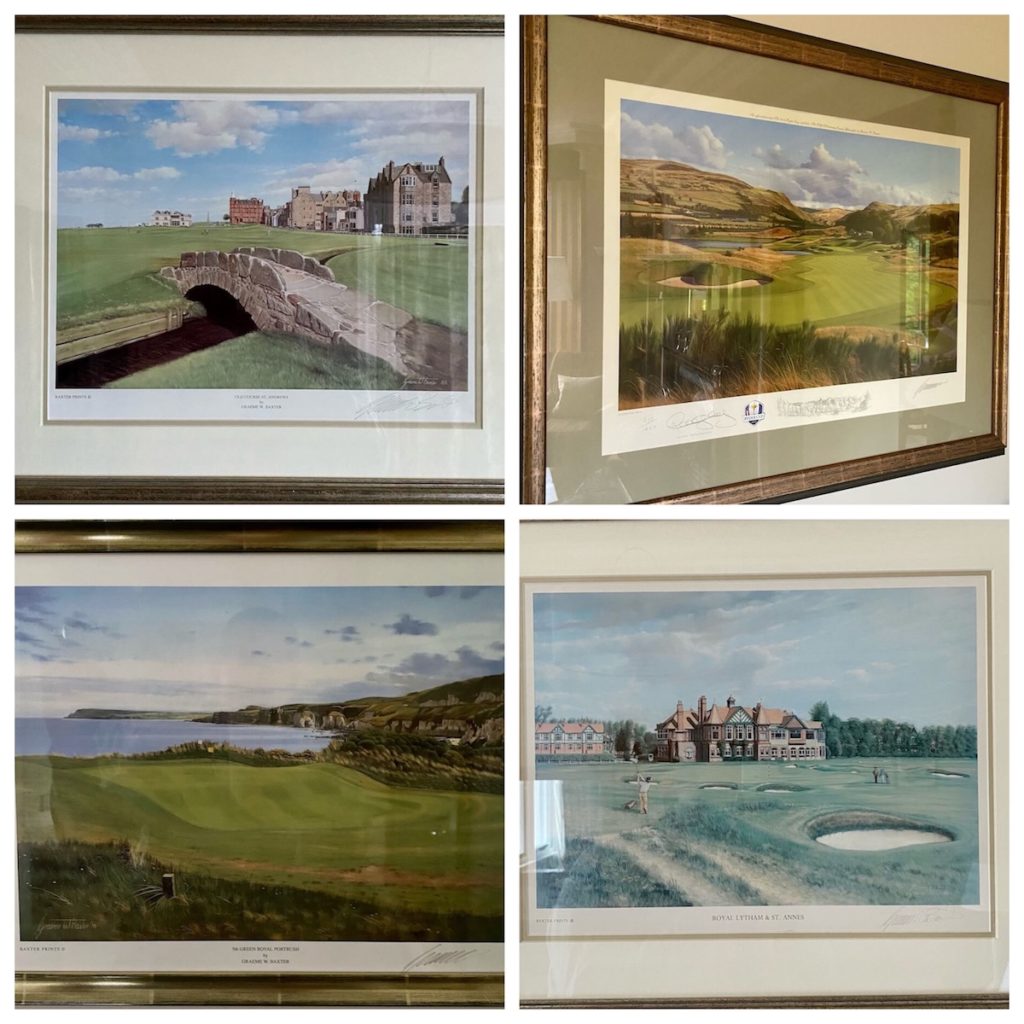 Commissioning an original painting for your own facility can be done through his website. He offers two variations, the Legacy Program and the Signature Program. Contact Graeme for further information.

Check out more of Graeme Baxter’s work and his website here.

What do you think of Graeme Baxter – Golf Artist?