John Rattray and the Rules of Golf

John Rattray and the Rules of Golf 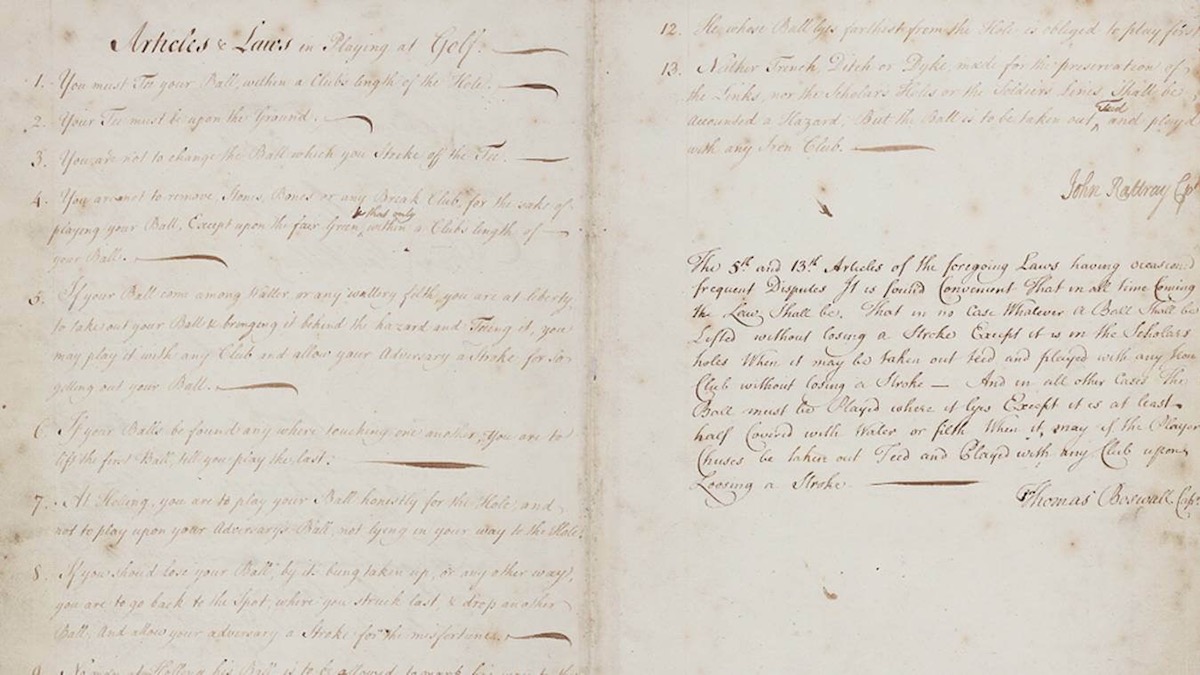 So, Who exactly was John Rattray?

He was born into the Clan Rattray in 1707 and lived in Craighall castle near Blairgowrie & Rattray. After his father’s death, he moved to Edinburgh and later became a surgeon to Prince Charles Edward Stuart during the Jacobite rising in 1745.

He loved sport, Archery was his passion and he became a Scottish champion winning the Edinburgh Arrow twice. In 1731 he joined the Royal Company of Archers and won countless tournaments and trophies.

Being a keen sportsman, Rattray was also interested in golf. He was well known for being a skilled golfer. So much so that he was mentioned in the first-ever published poem about golf that was written by Thomas Mathison (The Goff, 1743).

North from Edina eight furlongs and more
Lies that fam’d field, on Fortha’s sounding shore,
Here Caledonian chiefs for health resort,
Confirm their sinews by the manly sport….
Rattray for skill, and Crosse for strength renowned,
Stuart and Leslie beat the sandy ground….
Yea here great Forbes, patron of the just,
The dread of villains and the good man’s trust
When spent with toils in serving human kind,
His body recreates and unbends his mind.

The poem refers to fam’d field which is an area of prepared grassland known as Leith Links in Edinburgh. It was here where the “Company of Gentleman Golfers” regularly played.

Also mentioned in the above poem is Forbes. Duncan Forbes of Culloden was a senior law officer and Rattray’s regular playing partner. Forbes later rescued Rattray from certain death, in 1747, after being held prisoner by the Duke of Cumberland.

The Company of Gentleman Golfers

The “Company of Gentleman Golfers” (later the Honourable Company of Edinburgh Golfers) held annual tournaments on Leith Links. Originally, the course was made up of 5 holes which meant that it had to be played three times in total.
Due to his talent, Rattray won the first of these tournaments in 1744. He was crowned “Captain of Golf” for a year and it was also in this year that he signed the first official “Rules of Golf” in the minutes’ book of The Honourable Company of Edinburgh Golfers.
The book was discovered in 1937 by the historian, CB Clapcott and due to its importance, it can now be found on display in the National Library of Scotland.

After helping out as a surgeon during the Jacobite Rising in 1745, as mentioned above, John Rattray eventually returned back to Edinburgh. Rattray continued his work, practising as a surgeon in the city.
He also kept playing golf at Leith Links and won the golf tournament for the Silver Club again in 1751.

The statue of John Rattray can be found at Leith Links in Edinburgh. A memorial to Rattray and the original 13 rules of golf can also be discovered. (See Images) 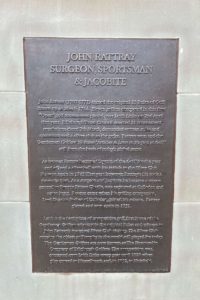 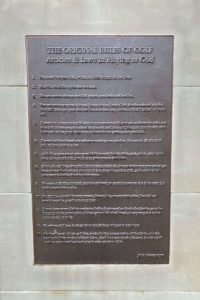 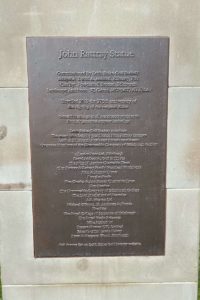 What do you think of this golf blog post? Was it interesting?