The Majors in Golf

The Majors in Golf 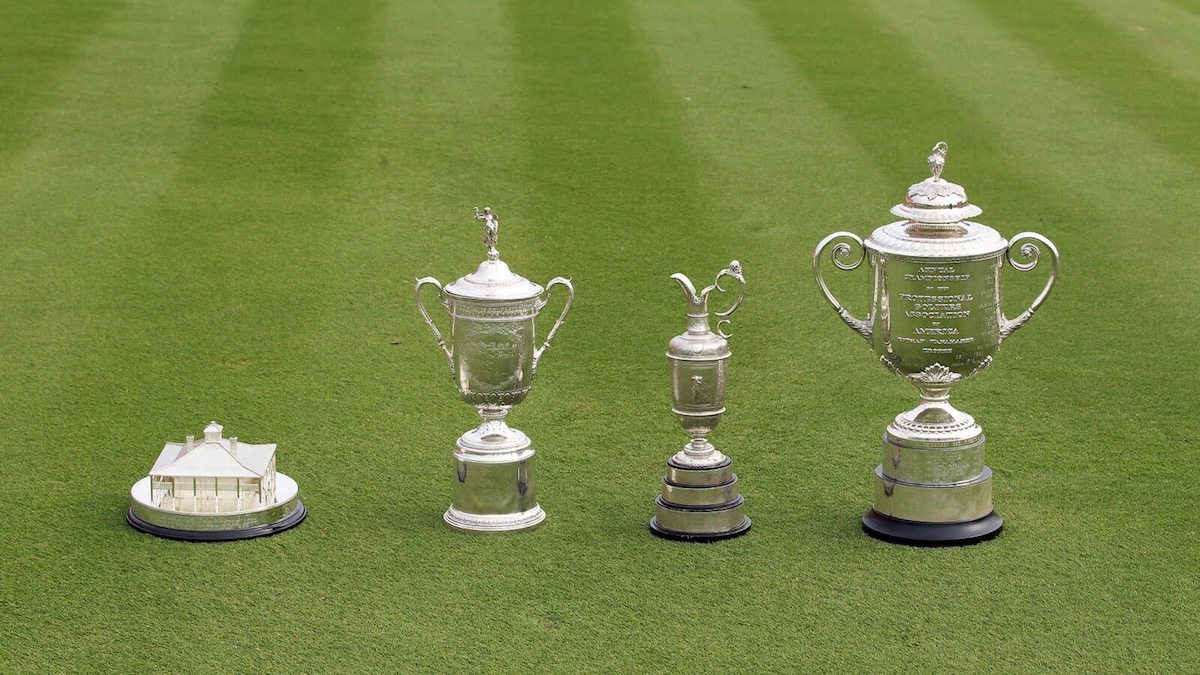 The 4 tournaments are The Masters, US PGA, US Open & The Open Championship.

I have been lucky enough to visit 3 of them including:

The 2005 US Masters at Augusta National, won by Tiger Woods.

The 2015 Open Championship at St Andrews, won by Zach Johnson.

First played in 1934, The Masters was started by Bobby Jones & Cliff Roberts. It is the only major tournament that is always played on the same course, Augusta National Golf Club in Augusta, Georgia.
The tournament is an invitational event. Ever since1949 the winner is presented with a Green Jacket which must be returned to the Champions Locker Room the following year.

The Champions Dinner (or “Masters Club” as it is also known as) which since 1952 has become an annual event on the Tuesday evening before the tournament start.
Only past champions and selected board members may attend and the best thing is that the defending champion chooses the menu.

A small Par 3 fun tournament is played each year before the main event. The player’s children often play Caddy and has therefore become a real family event with a great atmosphere.

The ceremonial opening Tee Shot is a lovely custom. Legendary players of the game are invited to officially start The Masters.

Caddies at The Masters are given uniforms to wear. The outfit consists of a white boiler suit with a green cap and white trainers. The name of the player is on the back of the uniform and the defending champions Caddy always has the number 1.

First played in 1916, The US PGA has been played on 75 different courses over its long history. Southern Hills GC has held it the most times.

The Wanamaker Trophy is, physically, the largest trophy of the majors due to its size of being 2.5ft tall and its weight of 12kg.

The first US Open was played in 1895. The tournament has been played on 52 different courses. Oakmont has held it the most times.

The Silver jug trophy is a replacement due to the original trophy being lost in a fire in 1946.

The Open Championship was first played in 1860 at Prestwick GC. A total of 14 courses have held the event. St Andrews has held the trophy a total of 29 times.

The tournament is famous for only being played over Links style courses hence the reason why so many players enjoy it so much.

It is the only Major tournament played in the UK and so, therefore, it gives it a little more prestige, which is probably why so many players enter it.

The Claret Jug is the name of the trophy. It is presented to the winner who is also given the title of “The Champion Golfer of the Year”.

Willie Park Sr was the first winner of The Open Championship but sadly he won no prize money. Due to the commercial side of the event, in 2019 Shane Lowry won £1.93million

Any comments can be left below or you can fill out my contact form.