What are the best Golf films?

What are the best Golf films? 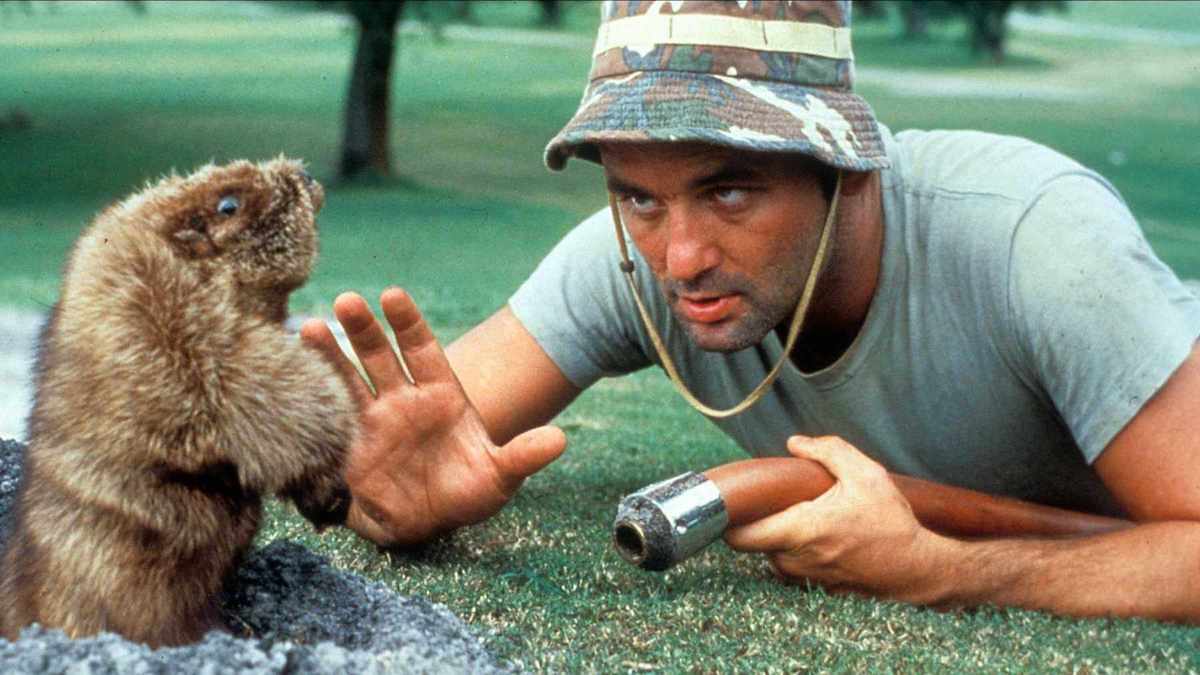 What are the best Golf films? I think that this depends on what kind of film genre you prefer. Do you like Comedy more than Drama or you may even prefer a Documentary?

There are all sorts of Golf films out there to suit every taste. I will be honest, there are not many that are poor. Most Golf films are entertaining in their own way.

My list of Classic Golf Films has to contain:

Caddyshack is “the” Golf Comedy Classic. Released in 1980, it has an all-star cast that includes, Chevy Chase, Bill Murray, Rodney Dangerfield, Ted Knight & Michael O’Keefe.
It is the story of Danny Noonan who works as a caddy at the Bushwood Country Club. He is trying to earn enough money to go to college. Danny caddies for Ty Webb (Chevy Chase), club champion.
Danny eventually tries to “brown nose” Judge Smails (Ted Knight), co-founder & director of the caddy scholarship programme, by caddying for him. In the meantime, Carl (Bill Murray), the crazy greenkeeper, is trying to hunt a Gopher with little success.
The film highlights the ups & downs of an 80’s American country club and it’s colourful members and goes behind the scenes of the Caddyshack. This is the funniest Golf film with fantastic improvised scenes from Bill Murray & Chevy Chase.
Highly recommended for everyone.

Tin Cup is an excellent Golfing Romantic Comedy released in 1996 and stars Kevin Costner, Rene Russo, Don Johnson & several cameos from PGA Tour players.
Roy “Tin Cup” McAvoy (Kevin Costner) is a down and out Golf Professional who owns a run-down driving range in West Texas. He meets a beautiful lady (Rene Russo) on the range and attempts to qualify for the US Open Championship. A great story of an underdog who has the chance of a lifetime in the palm of his hand until he…
A nice story of love, tears and laughter in the Golfing world.
Highly recommended for all.

Happy Gilmore is another Golf Comedy Classic which was also released in 1996. It stars Adam Sandler, Christopher McDonald, Julie Bowen & Frances Bay.
The Story is about Happy Gilmore (Adam Sandler) who is an Ice Hockey Player that struggles to skate but has a very powerful Slap Shot. After hustling money on the driving range the local Golf Pro convinces him to give up Ice Hockey and to take up Golf. His Grandmother hasn’t paid her taxes for years and is now in debt of 270,000 dollars. Before she is thrown out, Happy decides to join the Pro Golf Tour to earn the money. Only Shooter McGavin (Christopher McDonald) can stand in his way.
A highly entertaining film for all of the family.

Bobby Jones – A Stroke of Genius

Bobby Jones – A Stroke of Genius is a Biographical Drama and was released in 2004 and stars Jim Caviezel, Claire Forlani, Jeremy Northam & Malcolm McDowell.
It tells the story of Robert Tyre “Bobby” Jones Jnr who was arguably the best amateur golfer that ever lived. Growing up close by to a Golf Course, young Bobby copies people’s swings. As a grown-up, he cures his anger problems and goes on to win his first of many majors in 1923. He eventually promises his wife that he will retire after winning the Grand Slam (all 4 Major wins in 1 year). The following season he does just that. Jones is also famous as being the founder of Augusta National GC, home of The Masters.
This is a fantastic film based on a true story. Highly recommended, a very inspiring story.

The Legend of Bagger Vance

The Legend of Bagger Vance is a Robert Redford film that was released in 2000 and stars Will Smith, Matt Damon, Charlize Theron & Jack Lemmon.
Hardy Greaves (Jack Lemmon) is an old man having his 6th heart attack whilst playing golf. Remembering how his wife would ask him “why he plays a game that seems destined to kill him” He goes on to explain his love for the game which begins, in 1931, with his childhood idol: Randolf Junuh (Matt Damon). An ex-soldier of war turned alcoholic who needs to find his swing again. A mysterious figure appears before Junuh and introduces himself as Bagger Vance.
A wonderful story of love and golf with a hint of mystery thrown in. Highly recommended.

The Greatest Game Ever Played

The Greatest Game Ever Played is another Biographical Drama, released in 2005 and stars Shia LeBeouf & Stephen Dillane.
Set in 1913 it tells the story of Francis Ouimet. A young boy from a poor, immigrant background who became the first amateur golfer to win the US Open. A great film which proves nothing is impossible.
This tends to be a forgotten film but it really should be up there with the best of them.

That was my first 6 films for the Classic Golf Films list.
I will create a second post soon with some more of my favourite Golfing themed films.

What do you think?

What are your favourite Golfing films?