What does a Caddy do?

What does a Caddy do? 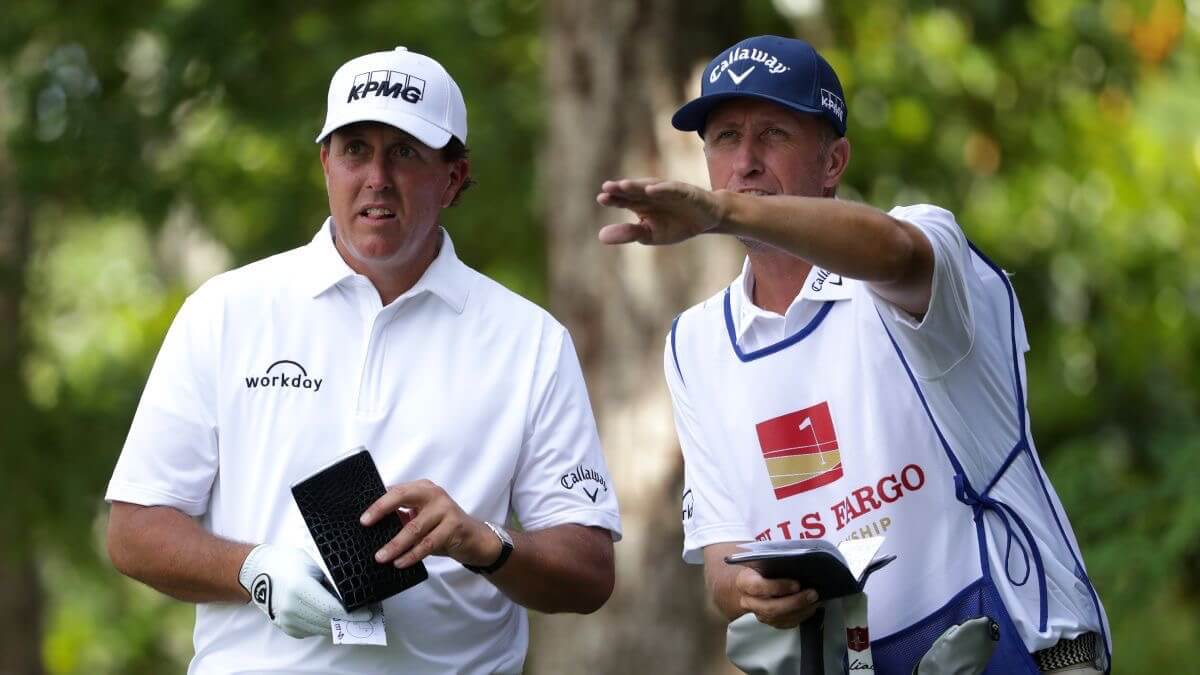 What does a Caddy do? Well, let me try and explain a few things.

The Caddy (or the Jock or the Looper as some people call them) plays a very important role for the player. Think of them as a supporting actor in a Hollywood film. Their role is just as important as the players.
Typically, on average they will earn between £20,000 – £40,000 per year. This is based on working seven days a week.
If a Caddy gets a “Good Bag” then they could earn a small fortune, depending on what they agree with their player and the results.
Steve Williams (Tiger Woods) is said to be worth approximately £20 Million.

A Caddy will typically do the following jobs:

Carry the bag – An average Tour player’s bag will way around 40 pounds/18 Kilos and will be carried over 5-6 miles/8-10 km.
Clean the Clubs – The player’s equipment should be perfectly clean. After every shot, the clubface, grooves & grip should be made spotless.
Replacing Divots – Repairing any damage made by the player.
Hand the player the right club – Giving the player the correct club, grip first so that their glove remains dry and clean.
Give the player the correct yardage – Working out distances from several points on the course.
Attend the flag – Taking the flag out of the way of play.
Rake bunkers – Smoothing over footprints that the player has left behind etc.
Make sure that the player is calm – A good Caddy is also a Psychologist to their player.
Hold the umbrella in the rain – Good etiquette should also be shown when it is raining.

I have really only just scratched the surface with the above descriptions. If you would like more detail then contact me directly and I will be happy to elaborate.

There have been many famous Caddies in Golf but the following deserve a special mention.

Fluff used to Caddy for Peter Jacobsen (1978-96) Tiger Woods (1996-99) and Jim Furyk (1999-Present Day) He has several Major Wins and plenty of Tour victories under his belt. Not many people know his real name but everyone knows Fluff.

One of the most loved characters in the game. Billy has worked for them all, Seve Ballesteros, Darren Clarke, Lee Westwood, Sergio Garcia. He currently works for Matthew Fitzpatrick. Probably the funniest “Jock” on the Tour because of his great stories he tells.

One of the few female Caddies. She worked for Howard Clarke (1980-89) and then with Nick Faldo (1990-99) She has caddied for Sergio Garcia, Adam Scott & Henrik Stenson. Fanny is now retired from her Caddy job and works as a commentator & mental coach.

The well known Looper for Phil Mickelson (1992-2017) Now works for NBC/Golf Channel as a commentator. He was nicknamed “Bones” by Fred Couples due to him being 6ft 4 and lanky.

The long hauling Caddy for Nick Price who famously took on the role to Caddy for John Daly at the 1991 US PGA at Crooked Stick. He has been named “Squeaky” due to his high pitched voice.

Probably the most famous Caddy at St Andrew’s Links. The Caddy for Arnold Palmer and Tony Lema. He was nicknamed “Tip” because he always had one for every occasion.

Wobbly is a famous Caddy. He caddied for Ian Woosnam in the 1991 Masters. Phil has been involved in 8 Ryder Cups. Currently Caddies for Thomas Bjorn.

Rory McIlroy’s Caddy for 10 years and is estimated to be worth around £1.65 Million, according to sportcasting.com. He split from Rory in 2017 and now Caddies for Matt Wolff.

There are many websites and pages that concentrate on Caddies. Here is a selection of them.

I hope that this blog has opened your eyes to the world of the Caddy.
If you have any questions, then please contact me. You can leave a message below or fill out the Contact Form on my Contact Page.

Read more of my blogs here.